WIRED On Line: Gear Behind the Career: Elsa Dorfman and the Giant Polaroid Camera, by Jakob Schiller

The hulking dinosaur of a camera that photographer Elsa Dorfman has based her career on for over 30 years could soon become extinct. Dorfman, now 74 and living in Cambridge, was first introduced to the 20″x24″ Polaroid in 1980. She had been invited by the company to try one of the 240-pound behemoths that had originally been built in 1976. Simply referred to by the size of the prints it makes, the 20×24 was like a much larger version of the Polaroid cameras most people were familiar with (the camera and Dorfman are pictured above). It only took a few shots to get her hooked.
“From the minute I used it I loved it,” she says. 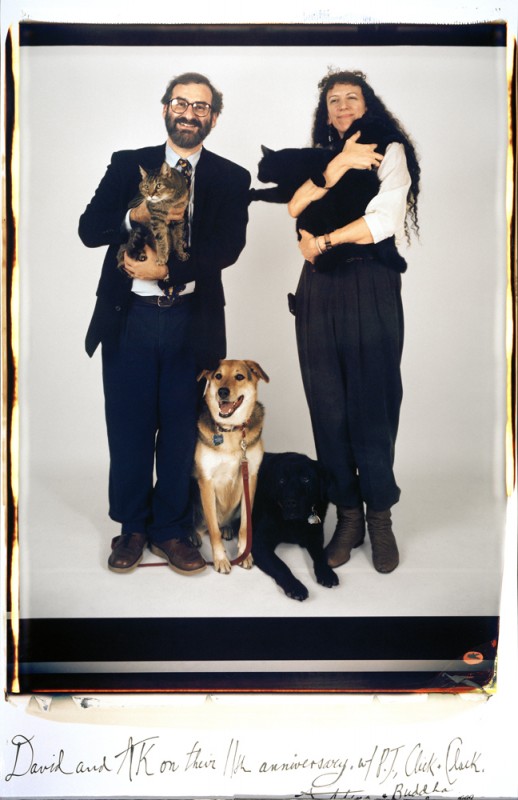