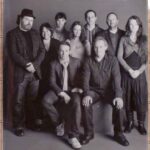 In 2007 we were introduced to Dr. Florian Kaps by Jan Hnizdo, the owner of the 20×24 Studio in Prague, the Czech Republic. Doc, as he prefers to be known was very interested in preserving Polaroid films as it became apparent that Polaroid would be ceasing all film production by 2008. Our focus was of […]

Jennifer Trausch: Behind the Scenes in the South 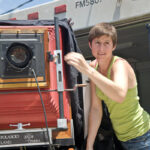 Here are some of Jennifer Trausch’s personal recollections from her days on location in the South: “It was the hottest day of our trip and we were quite run down having driven some three thousand miles in the last couple weeks. The night before my assistant, Kim, and I had worked at a Zydeco dance […] 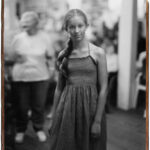 Jennifer Trausch has been Director of Photography at the 20×24 Studio since 2003. In that time she has worked with dozens of artists, both in the studio and on location. No one knows the possibilities and limitations of the medium as well as Trausch. Known primarily as an indoor studio camera that uses high powered […] 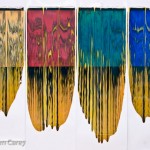 One of the more unique artists working with Polaroid 20×24 technology today is Ellen Carey. Ellen first began using the 20×24 in 1982 while it was housed at the Museum of Fine Arts School in Boston. Ellen’s first work was a series of self portraits, lit with colored gels and later painted with enamel paint. […]