In 1986 Neal Slavin published Britons, and extraordinary collection of 20×24 Polaroid photographs executed over an eight year period in the UK. Anyone who has ever seen a 20×24 Polaroid camera in action will marvel at the technical tour de force this body of work embodies. Add to that Slavin’s ability to orchestrate and inspire his subjects results in truly remarkable documents of a myriad of social constructs.

Foreword for The Britons
by Colin Ford,  Keeper, National Museum of Photography, Film and Television

I have been an admirer of Neal Slavin since I first saw his book When Two Or More Are Gathered Together,
published in the USA in 1976. It consists of sixty or so multiple portraits which demonstrate colourfully,
revealingly and entertainingly that many human beings seem to feel the need to congregate in groups, at
work and at play. Do we feel safer that way? Do we believe our personalities and identities are more
recognisable? Or do we just enjoy being with like-minded people? Whatever the answer, the Americans in
Slavin’s photographs seemed so to blossom before his camera that I knew he should be asked to exercise
his considerable skills in Britain.

What were those skills? A scrutiny of his pictures revealed a mastery of composition and colour (it was
almost impossible to imagine them in black and white). But, more importantly, the photographer clearly
had a way of making each photographic sitting an occasion: his sitters were all giving performances — and
all having a wonderful time. He was, equally obviously, the possessor of a well-developed — and warm —
sense of humour. The pictures were funny: the laughter came, not from the silliness of the antics, but
from the participants’ overt pleasure in dramatizing themselves, and in acting out their quirkiness for the
photographer.

It has taken eight years of voluble persuasion, intricate planning and costly expenditure to bring the
project to its triumphant conclusion. If I say that I believe Slavin’s Britons have fared even better than his
Americans, it is not jingoism, nor merely the pleasure of having been so personally involved, nor pride
that this magnificent assemblage is yet another feather in the cap of the National Museum of Photography,
Film & Television. It derives mainly, I think, from the inspired decision to use only the giant Polaroid
camera.

The Polaroid 20″ x 24″ Instant Land Camera is a formidable beast, calling for a team of handlers to
transport it, feed it, keep it in good temper and bed it down for the night. When you face the brute in
order to be photographed, however, you know without doubt that you are participating in an event larger
than life: everyone in the pictures stretches nerve and sinew to give of their best, and such superhuman
efforts are rewarded by the pure magic of that moment when the huge print is peeled off, seconds after
exposure. I have never seen anyone fail to be astonished — even moved — by the quality, the rich color,
and the sheer impact of the result. And the magic is even more powerful for those who are aware of the
weeks of organization, letter-writing, telephoning, map-reading and arm-twisting which have preceded
that moment of what is often supposed to be ‘instant’ photography.
On the walls of the Museum, and in the pages of this book, the magic is still there. Our sincerest
thanks to everyone who made it possible — and especially to Neal Slavin. It was well worth waiting eight
years for! 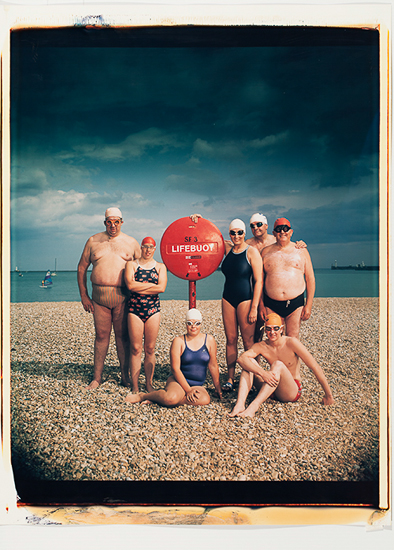 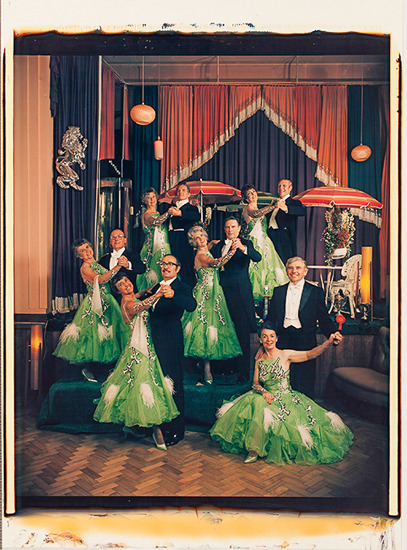 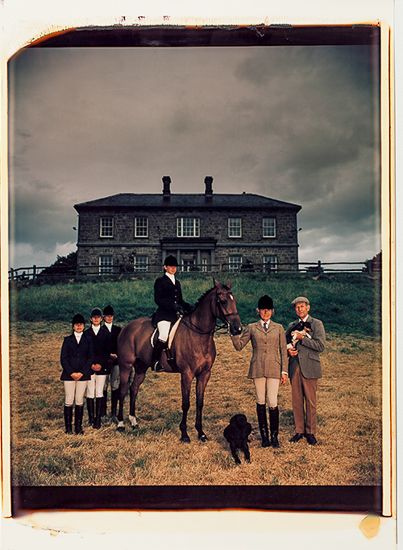